AC Milan managerGennaro Gattuso has admitted that he feared that he would lock horns with January signingKrzysztof Piątek as the Poland international rarely smiled and hardly spoke to the Rosonerrihead coach when he joined the club.

But the 41-year-old has come to learn thatPiątek, who’s already scored eight goals since joining Milan, prefersto keep himself to himself and instead lets his feet do the talking on the pitch.

“We do not speak much, he prefers actions on the pitch,”Gattuso said,quoted by the club onsocial media. “I am beginning to see him smile more often, at the beginning I thought he was upset with me. 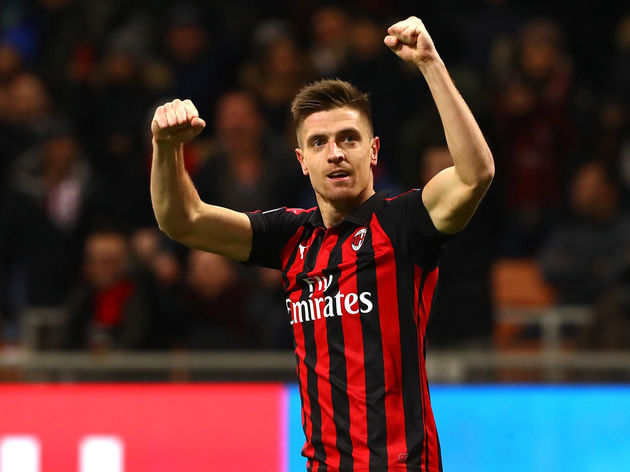 “He is dedicated and likes to train, he knows what needs to be done.”

Piątek has been one of the biggest stars across the planet this season, having a breakout campaign in his first year in one of Europe’s top five leagues.The 23-year-old joined Serie A outfit Genoa at the start of the campaign in a £4m deal fromCracovia Krakówin Poland’sEkstraklasa.

THAT IS ABSOLUTELY WORLD CLASS FROM PIATEK! IT’S ALWAYS HIM! ALWAYS HIM!

Piątek’s outstanding form hasn’t slowed down since moving to San Siro and he’s already scored eight goals in just nine appearances, maintaining his place level on goals withCristiano Ronaldo- both players are only behindFabio Quagliarella -in the race to be awarded theCapocannoniere.